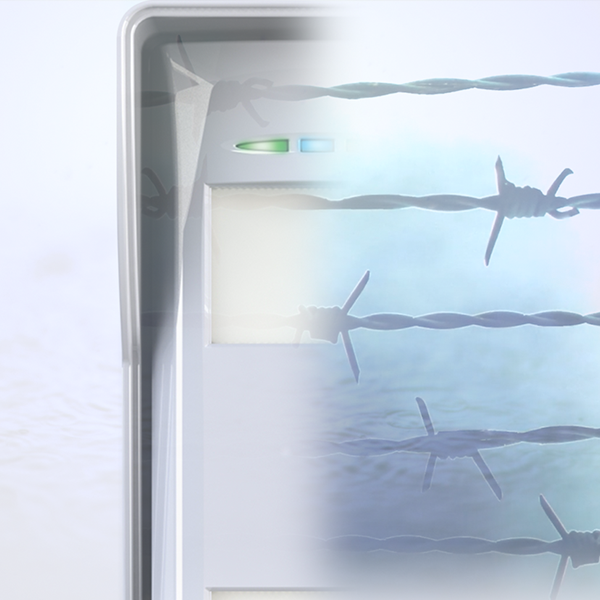 A concerned trade customer contacted Pyronix asking for assistance, after several outbuildings on a property had been frequently broken into and emptied.

A security system was required that would deter further break-in attempts, inform the user of any activity and raise the alarm to anyone in the immediate vicinity. 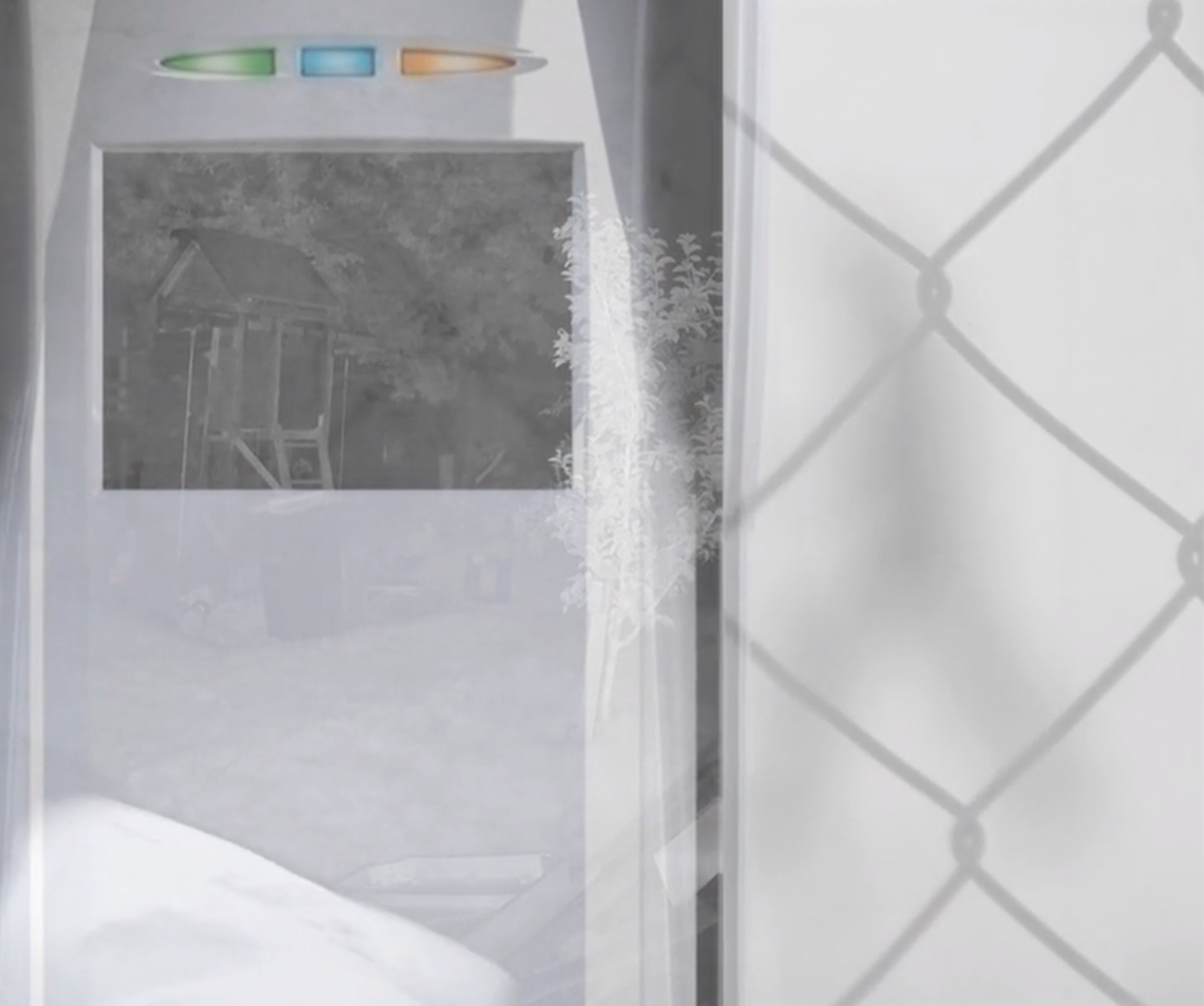 Assessing the situation and ascertaining the specifications of the building, Pyronix perimeter protection was the ideal response.

Utilising the multi-award-winning Enforcer system, five XDL12TT-WE outdoor detectors were fitted across the property to cover the entire perimeter, while two Deltabell sounders were added to provide high-audible alarms, alongside eight third-party 50W LED floodlights which would illuminate the area, should an intruder be present.

With ProControl+ a key part of the solution, a voice push notification would grab the users’ attention to any system activity, while the application also provides remote monitoring and control abilities anytime from anywhere, for added peace of mind.

How the operation unfolded 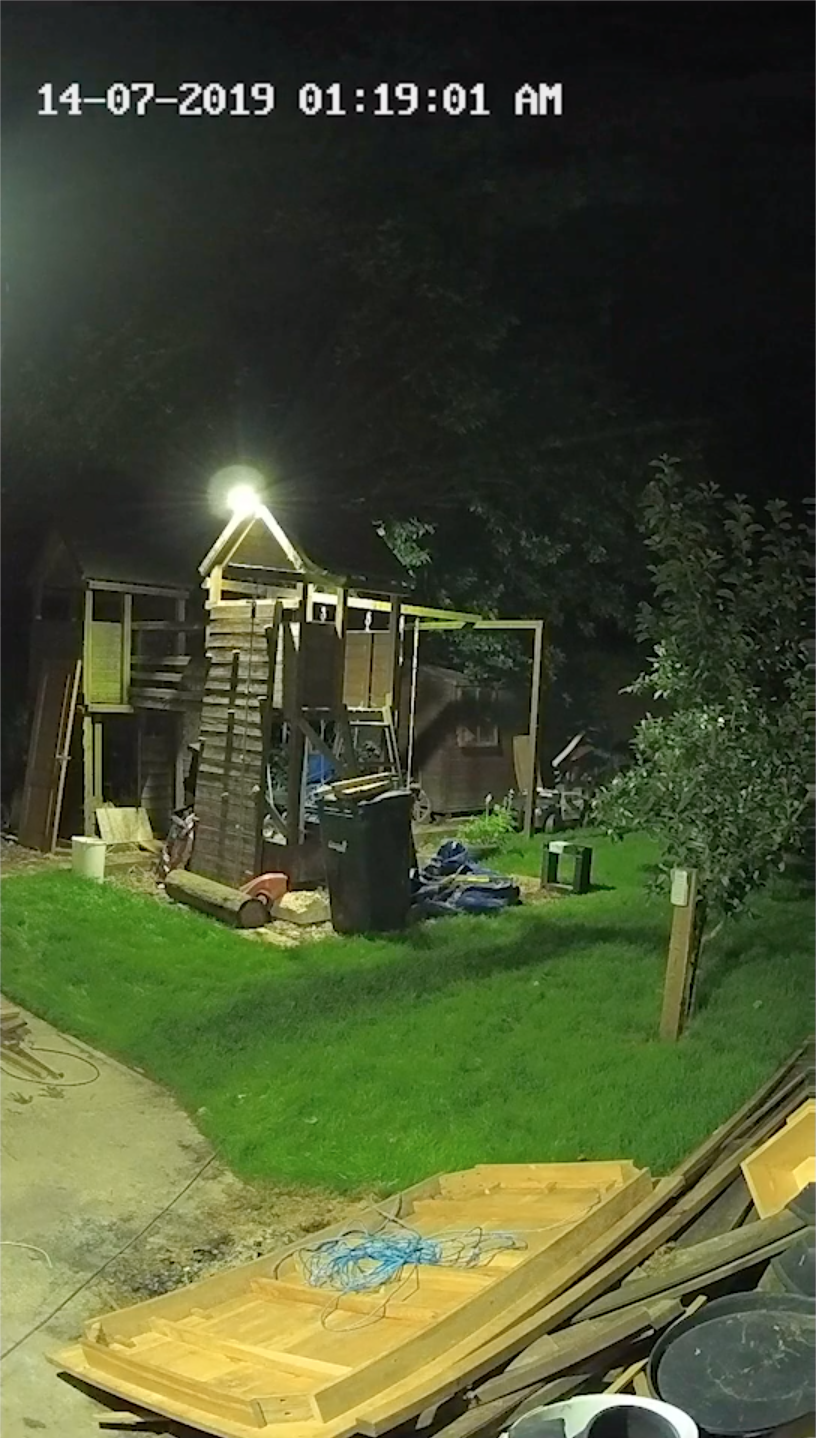 The alarm and commotion awoke neighbours, who called the police. The police subsequently apprehended the intruders just half-a-mile away. 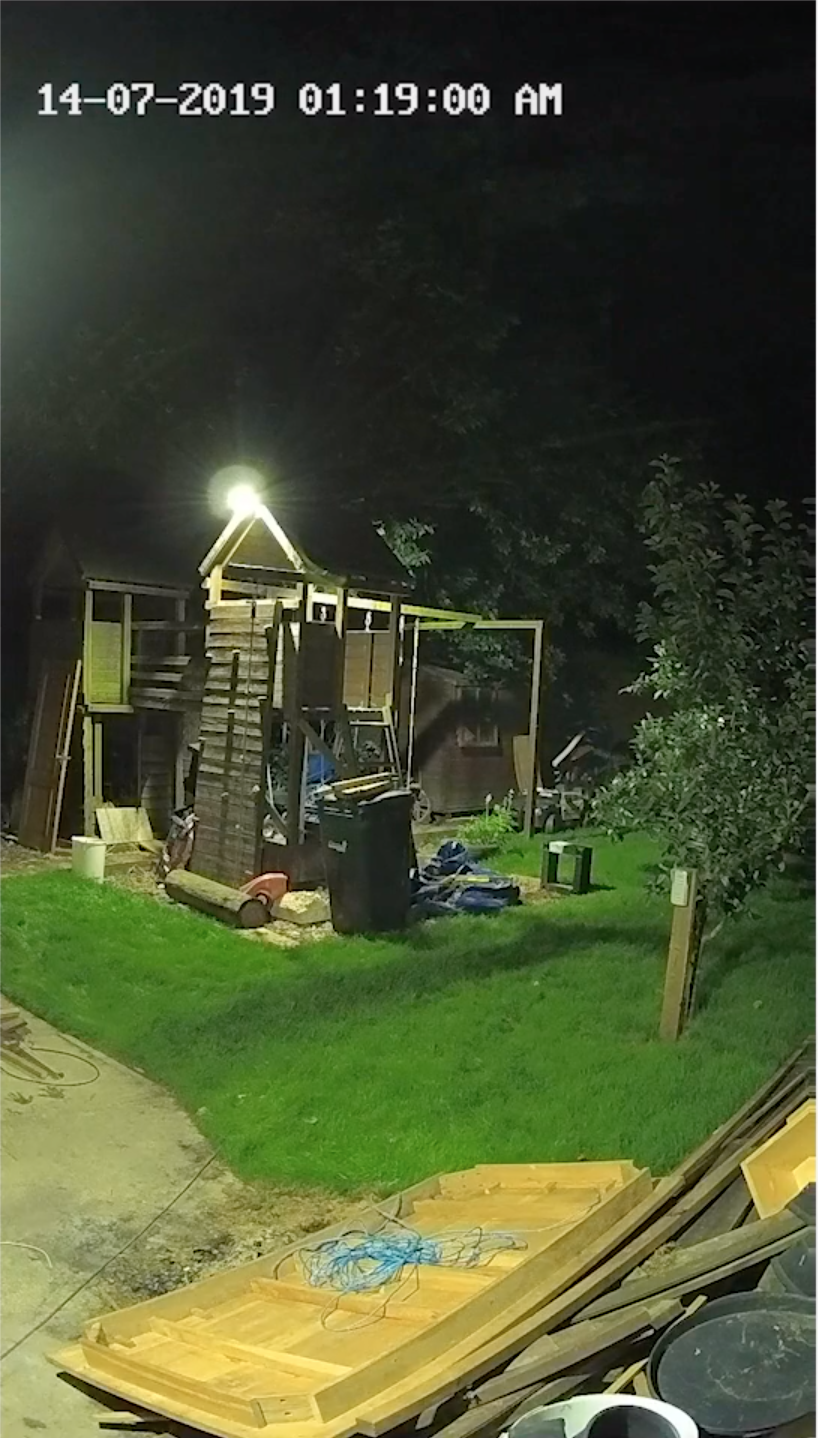 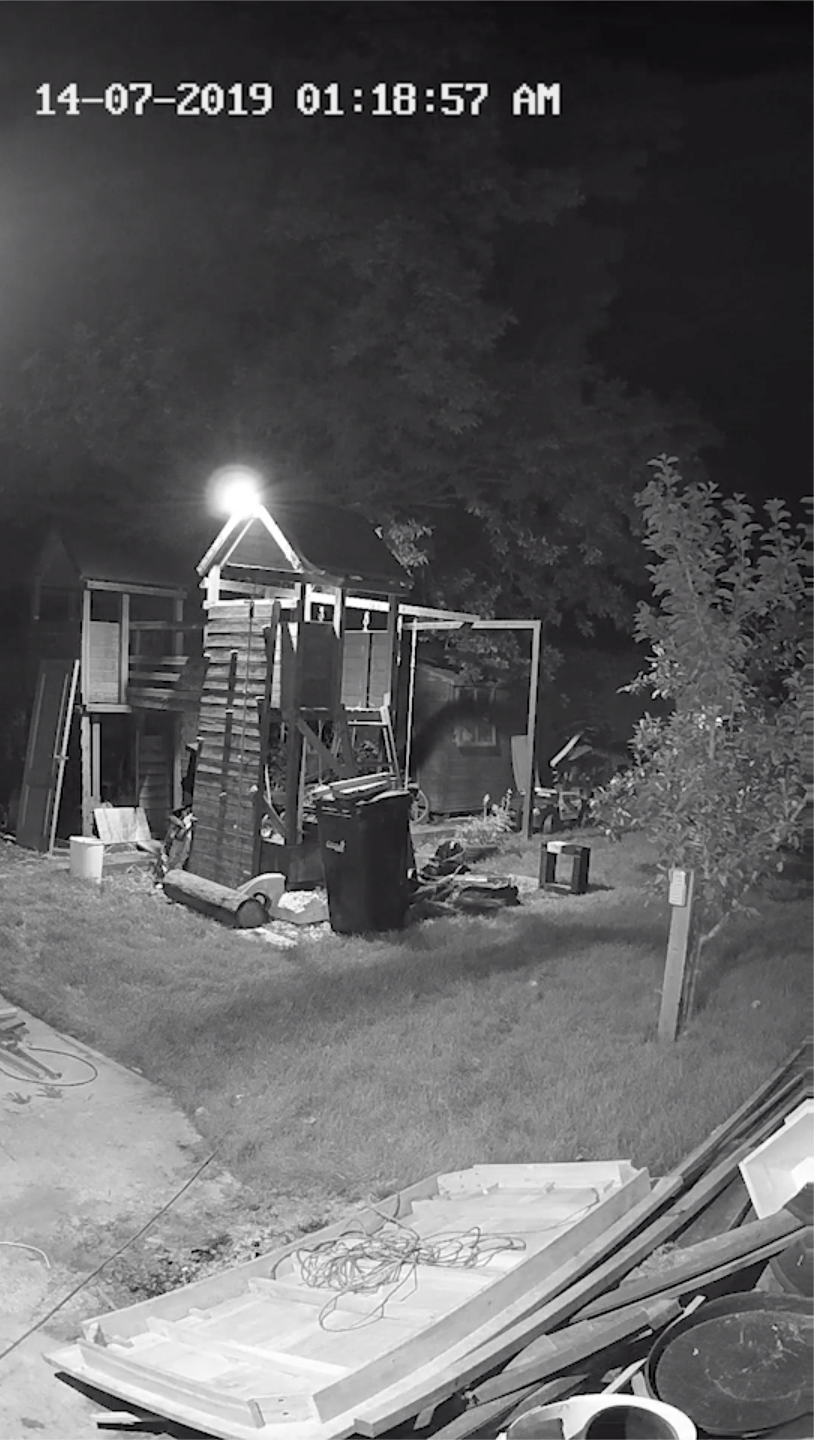 Just 6 seconds after the alarm was raised, all intruders have fled the scene. 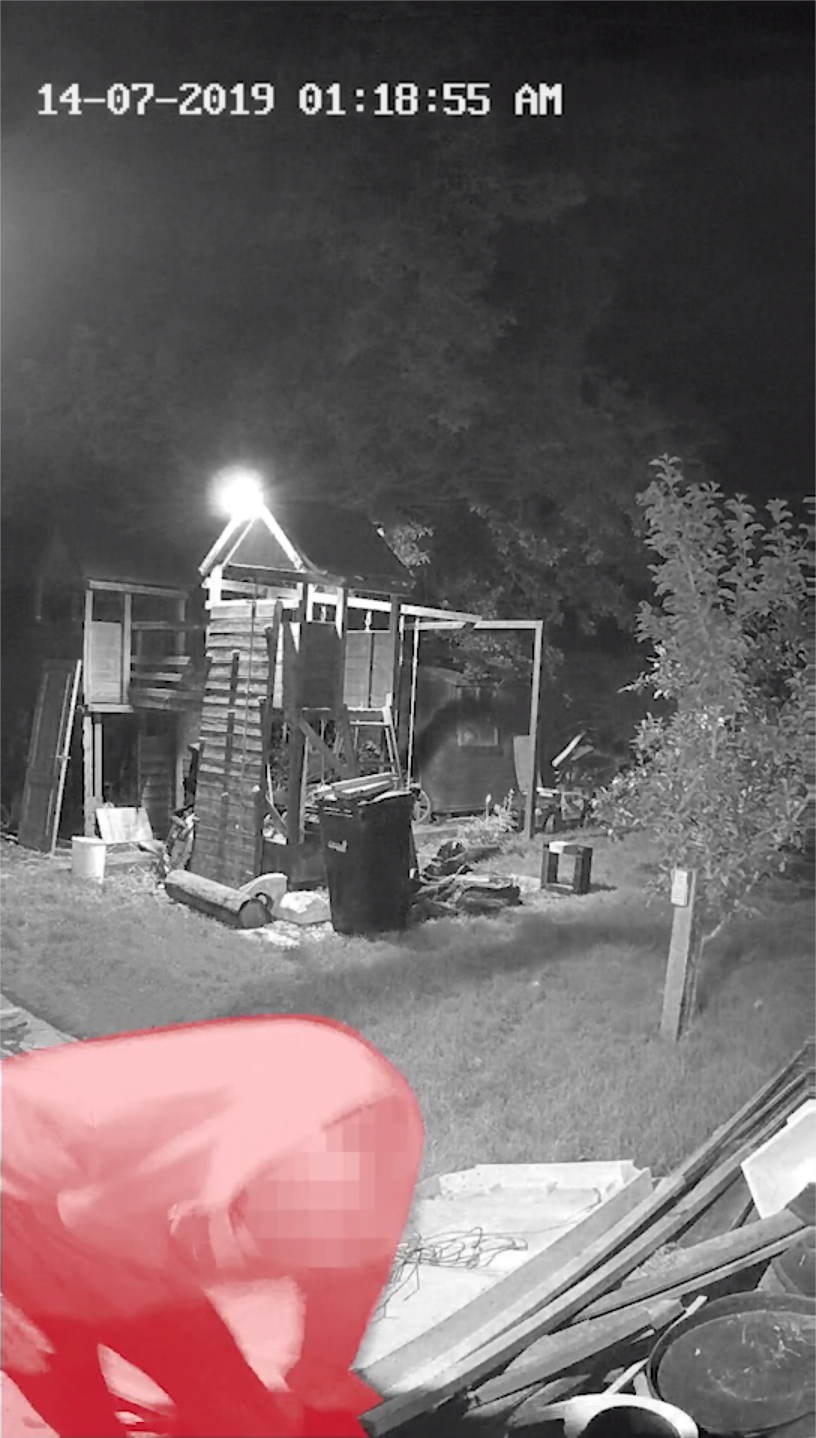 Startled, the intruder flees the scene, but is detected by an outdoor Mini Dome camera covering the area. 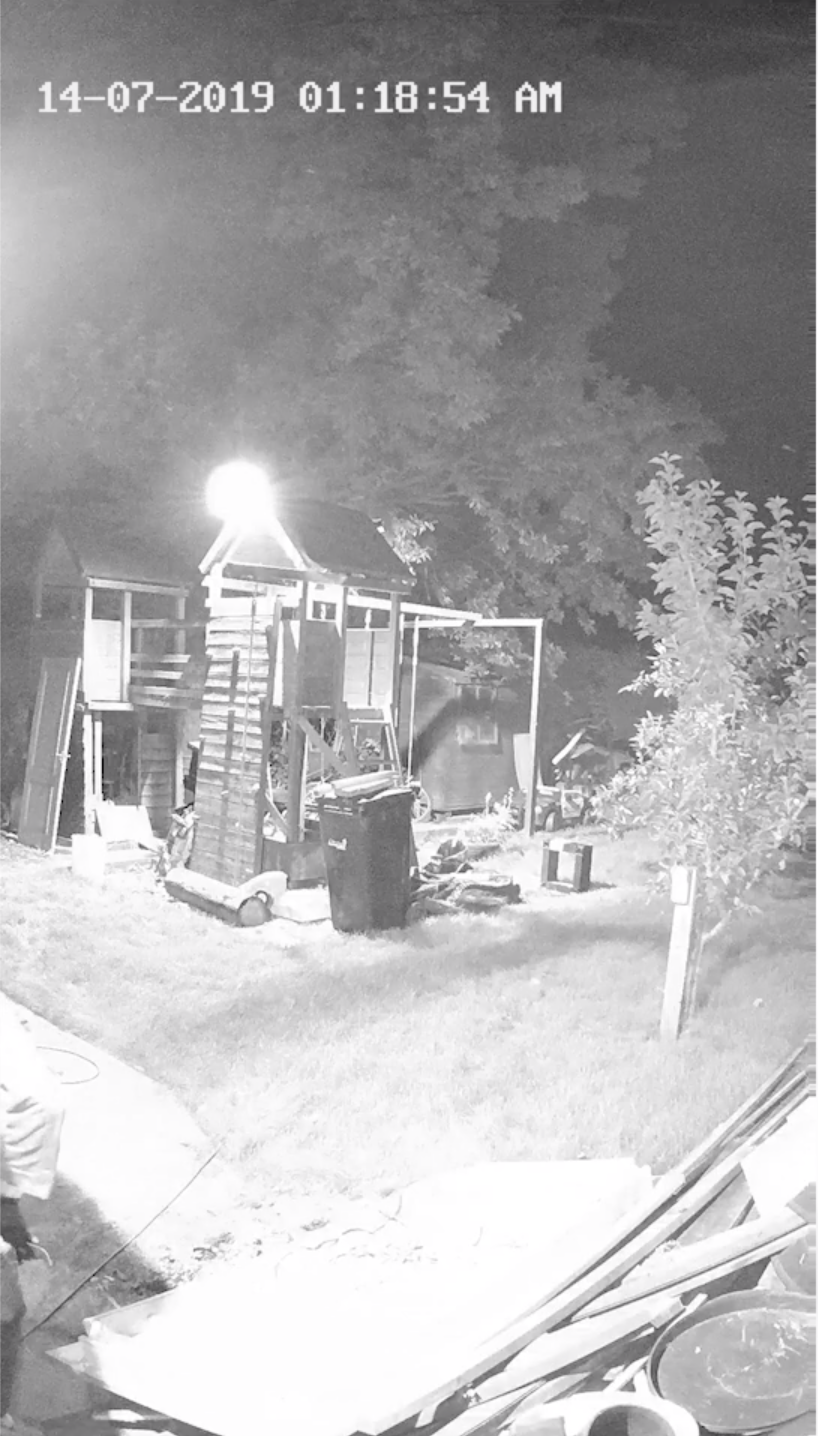 The Enforcer V10 raises the alarm; activating both Deltabell sounders, eight 50W LED floodlights and sending a voice push notification to the user via ProControl+.

An intruder lifts a fence panel, breaches the perimeter and is picked up by the XDL12TT-WE detector, which signals the Enforcer V10. 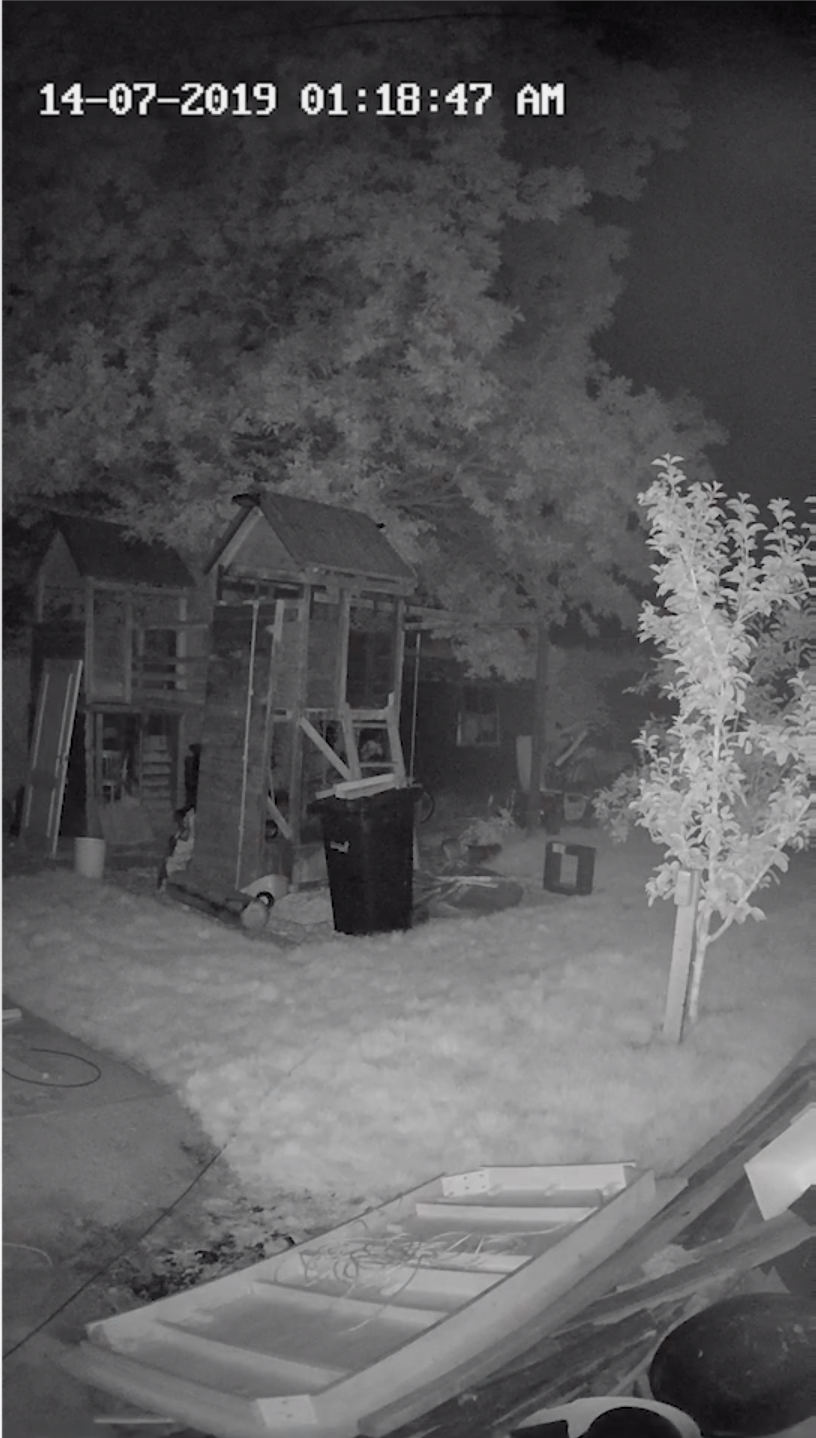 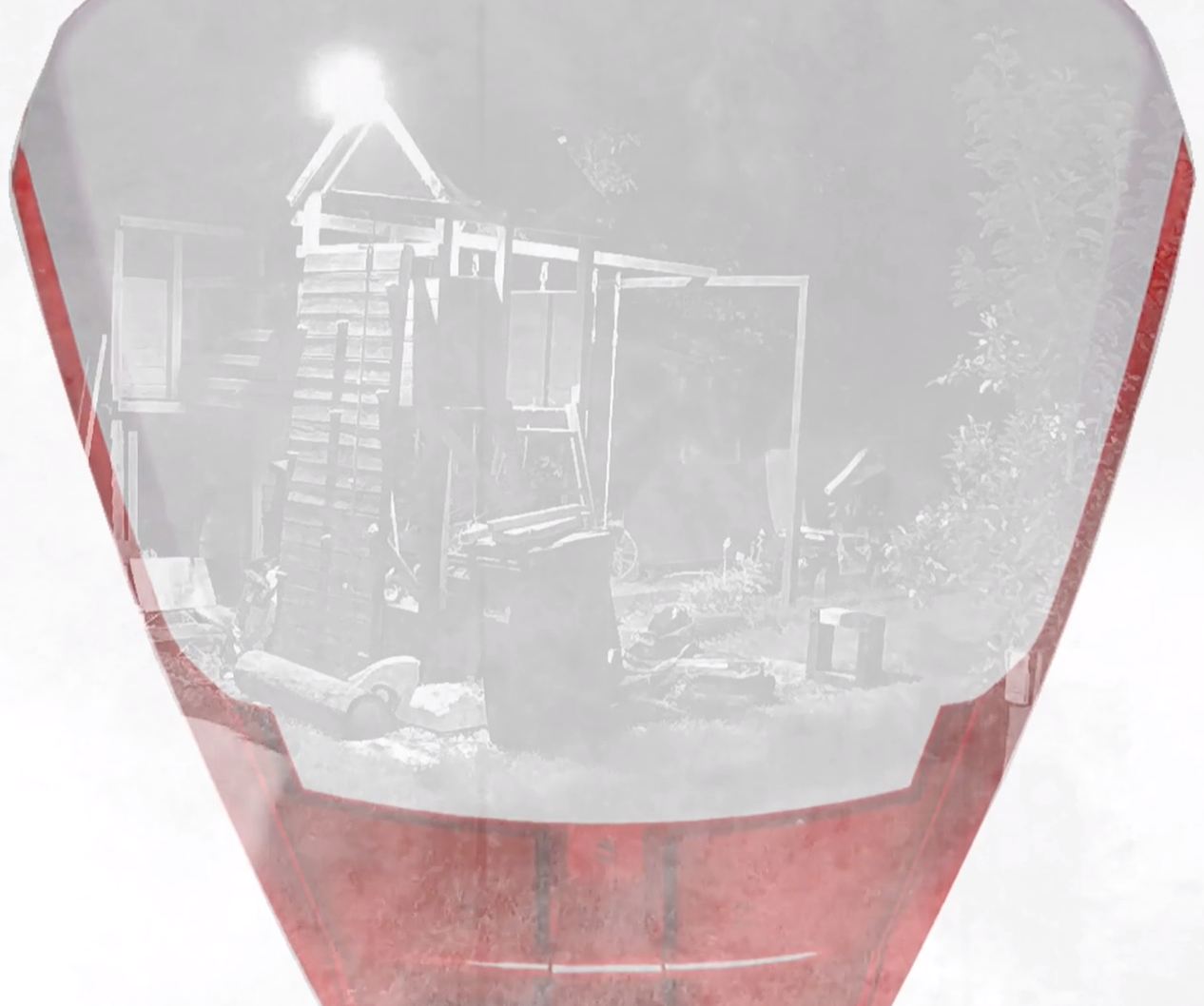 Following the installation of Pyronix perimeter protection, the property-owner had a visit from four burglars on 14 July at 1:18am. They had come to empty the outbuildings once again.

The intruder (seen in the video) lifted a fence panel, before being detected by one of the XDL12TT-WE detectors, which signalled the Enforcer V10. Having received the activation from the XDL12TT-WE, the Enforcer V10 raised the alarm; activating the two Deltabell sounders, along with all eight third-party 50W LED floodlights. Simultaneously, the owner was alerted by a voice push notification via ProControl+; grabbing their attention to the intrusion.

As seen in the video, the intruder quickly has a change of heart; fleeing the scene, but not before being captured by one of the outdoor Mini Dome cameras surveying the area.

The owner, who was at the property at the time, quickly deactivated the sounders and, upon investigation, heard footsteps outside the front of the house; witnessing four individuals running through a field towards a nearby getaway van.

The alarm and subsequent commotion had awoken neighbours, who called the police. The police apprehended the intruders just half-a-mile away. 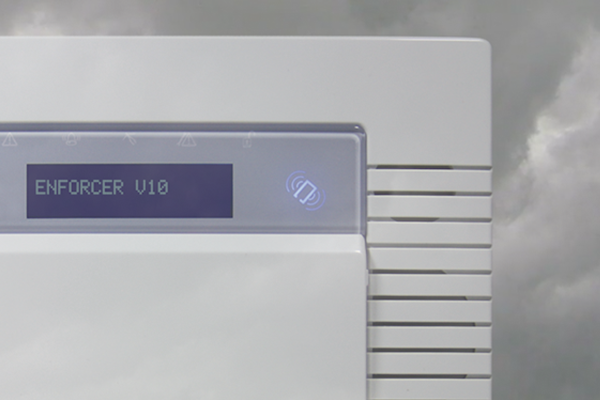 The brains of the operation.

The Enforcer V10 controls the security, with all motion detectors and life safety peripherals reporting in to ensure the property is secure.

With a DIGI-WIFI communication module as standard, it’s ready to raise the alarm, as well as notify the user remotely at any sign of trouble via the PyronixCloud and ProControl+. 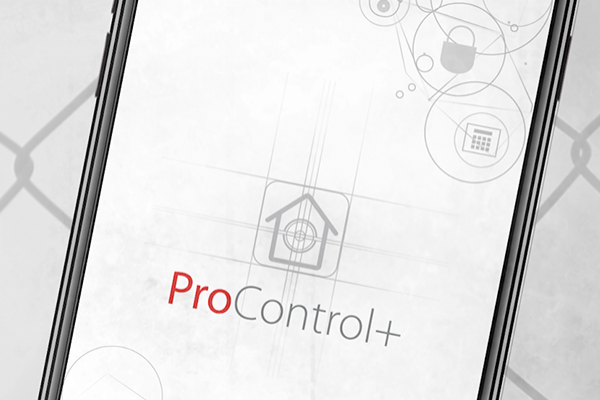 Working alongside the PyronixCloud and Enforcer V10 control panel, ProControl+ keeps users informed and assured – allowing them to remain aware and in control of their property at all times.

No matter where they are, users can access their cameras, see system status, set and unset and more, as well as receive voice push notifications of any system activity, which will grab their attention. 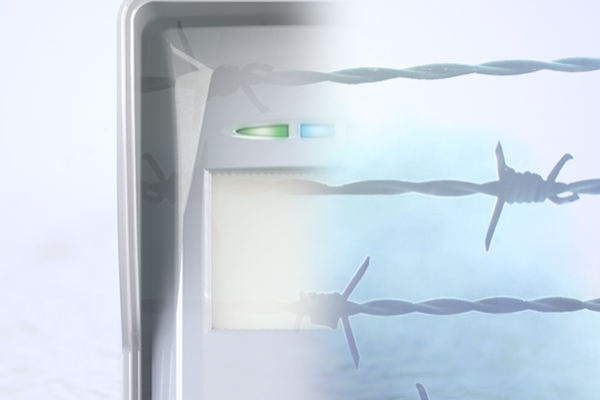 The XDL12TT-WE detector reports any potential intrusion to the Enforcer V10, before a break-in can even take place; detecting an intruder as they breach the perimeter.

Adapting to its location, the XDL12TT-WE also features multiple technologies to deliver reliable and robust performance in any environment. 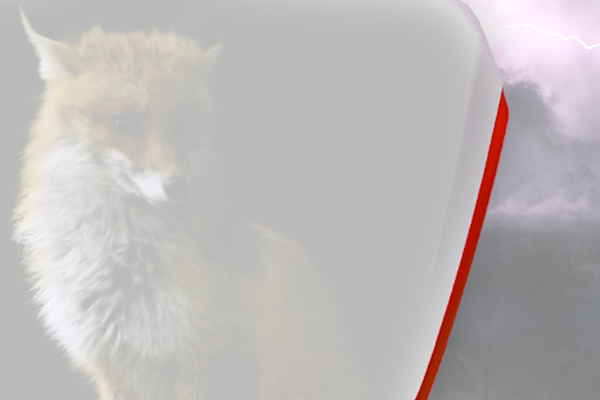 The Deltabell offers a round-the-clock visual presence, as well as activating a loud piezo alarm; raising awareness to anyone in the immediate vicinity, while disorienting intruders.

The Deltabell range offers various options, from wireless to strobe, to suit the needs and preferences of the user and the property. 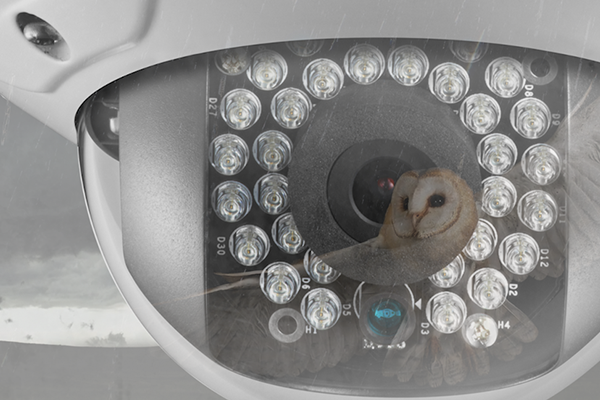 This outdoor camera provides a live stream video directly to the user via ProControl+, no matter where they are.

So, the user can remotely survey the property at any time for total peace of mind; viewing any activity so that appropriate action can be taken, as well as recording and saving any clips to use as potential evidence. 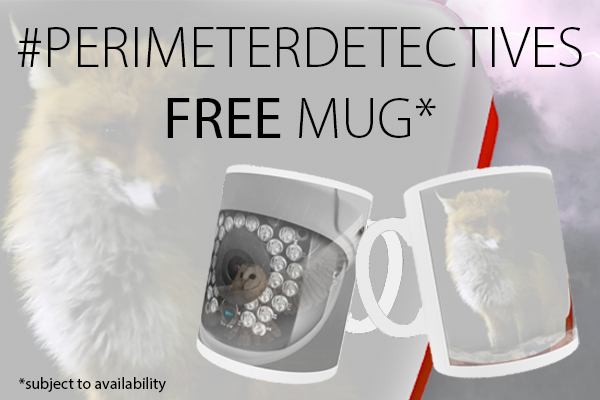 Request a meeting & get your FREE #PERIMETERDETECTIVES mug

Schedule an appointment with your Pyronix Account Manager to discuss how our perimeter protection solutions can add new layers to your installations, and receive a *FREE #PERIMETERDETECTIVES mug.

Book your visit
This site uses cookies Find out more