Thank you so much for voting for us for the third consecutive year!

Pyronix is delighted to announce that the Enforcer V10 with ProControl+ has won the PSI Intruder Product of the Year for a third successive year!

As voted for by industry professionals, the 2017 and 2018 winner once again proved to be the best in its class, as it made it a hat-trick of awards.

“We are overwhelmed by the reaction and support our Enforcer continues to enjoy,” Laurence Kenny, Pyronix Marketing Manager, said.

Having won the award in 2017 and then once again in 2018, developments continued to add further value to the solution.

Voice push notifications that grab the user’s attention to events on the system, were followed with video verification to allow them to see what was happening and take appropriate action.

These developments enabled the installer to extend their offerings to compete in an increasingly competitive and converging industry. This includes the perimeter protection that can be delivered; adding the XDL12TT-WE detector as a switcher, alongside our outdoor Mini Dome Camera to provide early warning notification and video verification of any potential intruders, before a break in can even be attempted. 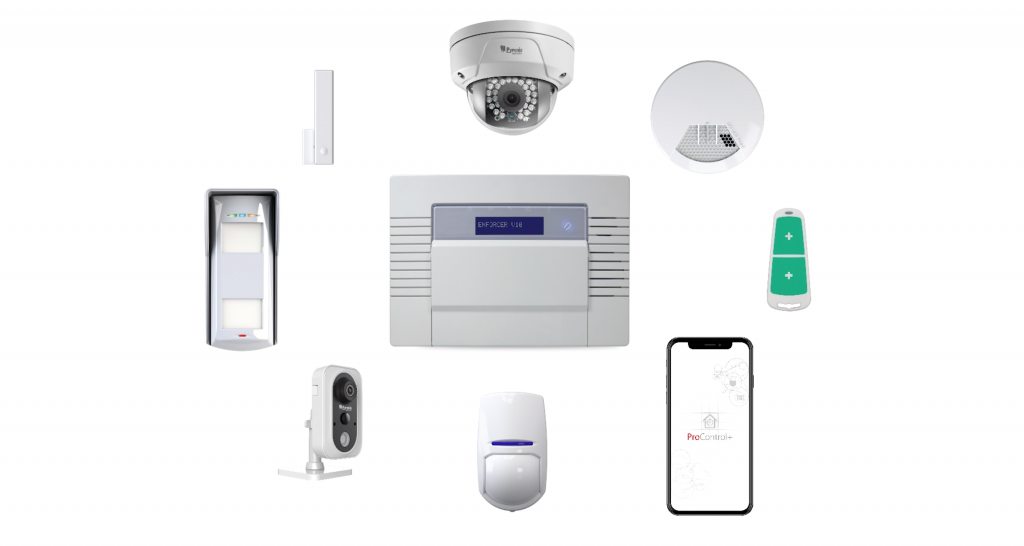 “Analysing the market and listening to our installers, we used the 2017 and 2018 wins as motivation to push the boundaries even further,” Laurence said.

He continues: “We have constantly looked at ways to deliver more to our customers; adding the Wi-Fi communicator as standard, adding voice push notifications via the app and now progressing this even further with superior perimeter protection capabilities alongside video verification.

“Having delivered this, to win the award for the third year is a real testament to our dedication to providing the best possible system we can.

“This is very much a team success and we’d like to share and dedicate this to all our customers, as well as everyone involved in the internal development of the Enforcer solution for all their efforts.

“To have this hard work recognised with a nomination to this prestigious award is an achievement, but to then win it for the third consecutive year is something that we are so grateful and proud of – it is a fantastic achievement.

“A big thank you once again on behalf of everyone at Pyronix for voting for us, we really appreciate it.”

If you’re interested in finding out more about the Enforcer, you can request a visit from your local account manager here: https://www.pyronix.com/uk/request-sales-visit/